You are here: Home / Athletics / Boston to New Orleans 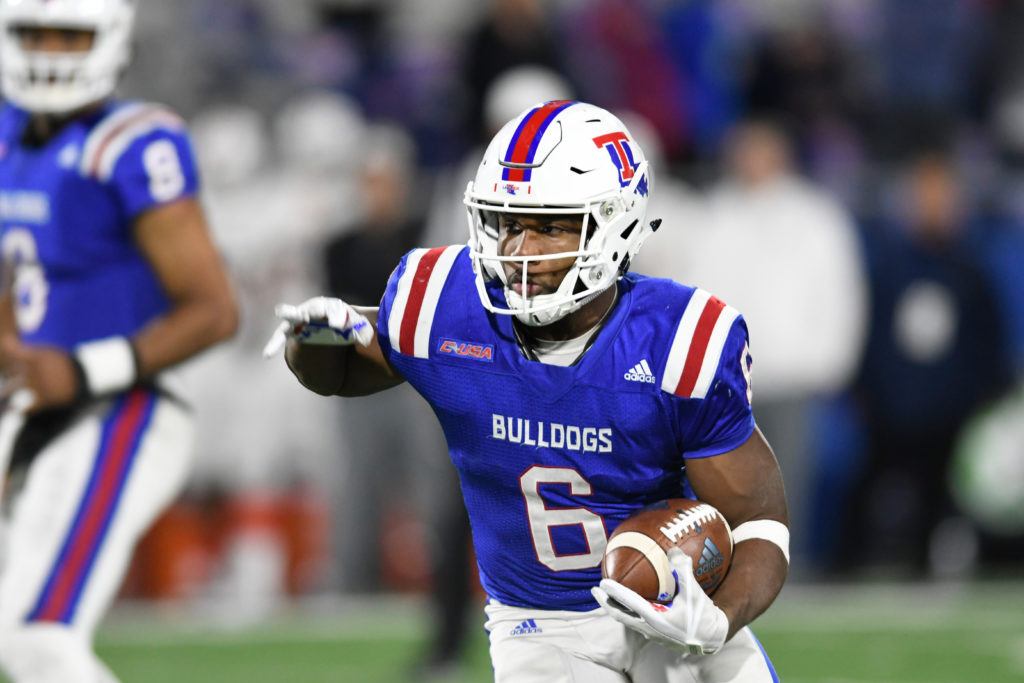 Louisiana Tech running back Boston Scott came to Ruston with no scholarship, raw talent, and a dream.

He earned the first, refined the second, and fulfilled the third through four years of Bulldog football and through one late-April Saturday afternoon as the senior was selected in the sixth round by the New Orleans Saints as the 201st overall pick in the 2018 NFL Draft.

Should Scott make the team, ticket requests for home games will be plenty: he grew up and played high school football in Zachary, less than a two-hour drive from New Orleans. He was the only Louisiana Tech player selected in this year’s NFL Draft.

Scott blossomed as a senior: he rushed 183 times for 1,047 yards and eight touchdowns and caught 20 passes for 181 yards and a touchdown and earned All-Conference USA Honorable Mention honors.