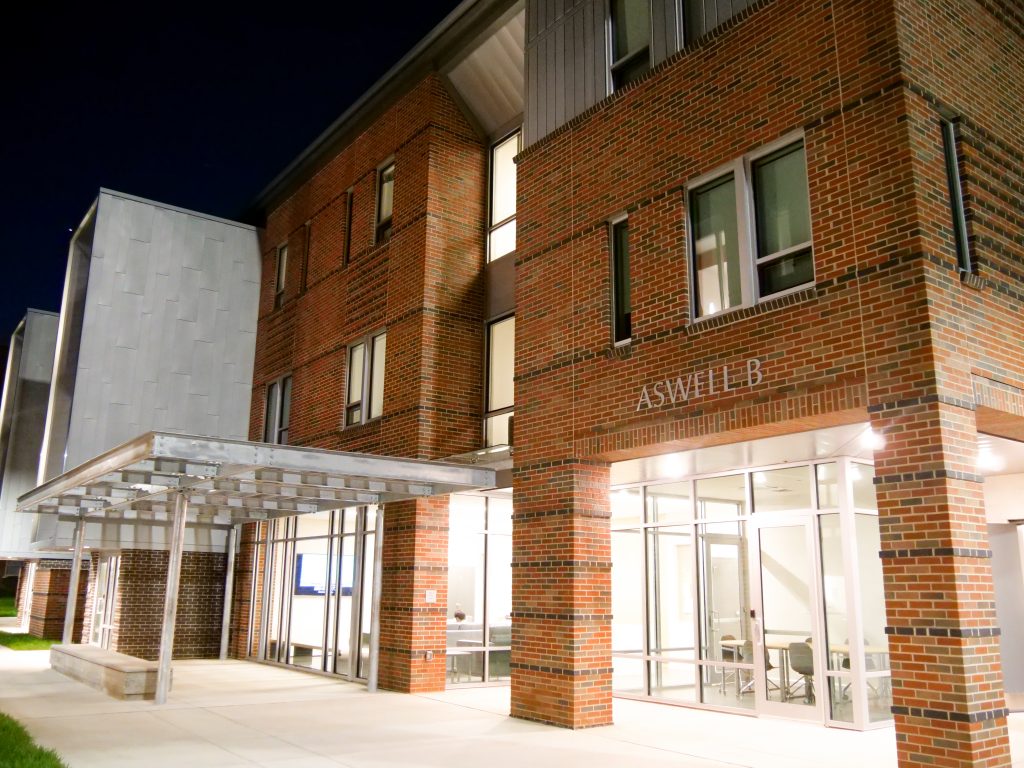 Most of the modern-day Louisiana Tech on-campus residents are the envy of longtime alums when it comes to dormitory housing.

Tech continues to improve and modernize the living facilities of its students with the opening of Legacy Park last September and the Aswell and Dudley residential suites this summer and fall.

A few steps south of Aswell are the Dudley residential suites, which will open in the fall.

“I think the students are going to love these,” King said. “There are five different options and different price points depending on location, amenities, floor plans … Remember in the old Jenkins, McFarland and Hutcheson dorms, you had three guys to a room. And no AC. Now you’ve got all the modern conveniences and designs for today’s students.”

As a for instance, in one of the Aswell wings, students share a large gathering room when they come into the building, complete with big screen television, lounge seating, and an open mini-kitchen and island. Think NFL Sunday afternoons or “Bachelorette” watch parties. Then upstairs in this particular wing, eight suite-mates share four rooms, with two students in each room. Each room has its own bath, and in the common area — again with room for a television and chairs — there’s a closeted washer/dryer and some storage space (think golf clubs or ironing board).

“Remember there were 750 students in Neilson, 75 to a floor,” said King, who as a student was the graduate assistant in that high-rise and in the three-story Hutcheson, which had 50 males to a floor. “We’ve inverted that whole dynamic. It’s all by design to break residential life down to a very pedestrian, comfortable level.”

These days looking out the dorm window is not about cars but about commons.

Particularly inviting is the newest one between Aswell and the original Aswell and Adams dorms: instead of parking spots and cars there are benches and trees and shade, not the sea of asphalt that surrounded Neilson, for instance. The lighting here matches the new LED Quad lighting, as do the fixtures, giving the campus a more consistent feel at night and, most importantly, increasing safety. Speaking of that, there will be three locked doors in Aswell between outside and where the student will sleep: he or she will have a key to get into the building, a fob to get into his or her unit, and finally a key to his or her personal bedroom.

The whole focus is an improved modern and culturally relative residential campus that increases comfort and safety, reduces stress, strengthens the educational environment, remains consistent, unifies the campus, and builds community for all these newest members of the Tech family.