You are here: Home / Athletics / Lady Techster basketball eager to crank back up in 2018 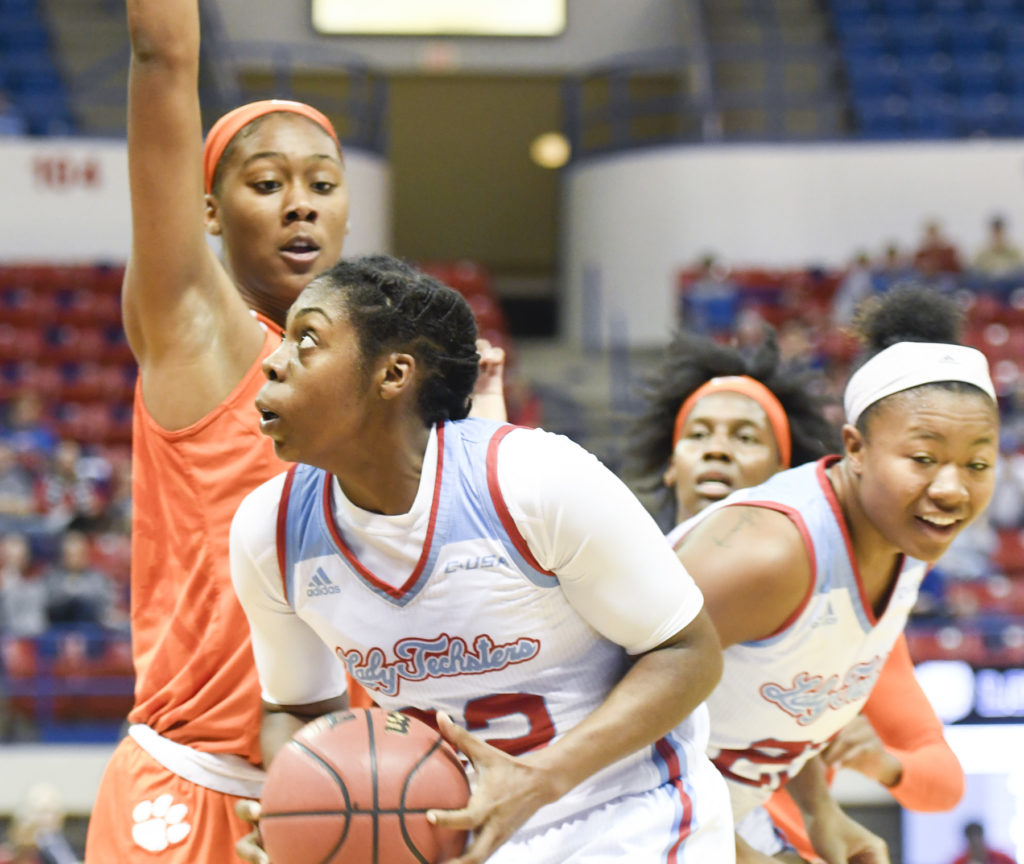 The way the Lady Techsters season ended had to make the team hungry to get back on the court.

Going into the C-USA Tournament at The Star in Frisco, Texas, Tech had won five of its final six games.

Down the stretch, the team had become nothing short of road warriors: in their final four games away from Ruston, they defeated Middle Tennessee, UTEP, UAB, and Rice, a quartet that was a combined 42-13 on their home courts last season but 0-4 against the Lady Techsters.

And then something not so funny happened: the postseason.

As the three-seed in the C-USA Tournament, Tech drew a bye and played underdog North Texas State in the quarterfinals and lost, 76-69. Disappointing.

But the Lady Techsters still got an invitation to play in the Women’s NIT and to host a game. Again the team fell flat and lost, 63-59, to Missouri State.

And you wonder why coaches seem to age quickly.

Despite the disappointing finish, the highlights outnumbered the lowlights for sure:

“We’ve seen significant growth in our students on and off the court the last two years,” said Head Coach Brooke Stoehr, “and we’re looking to build upon the foundation that has been laid. We’ll continue to strive for excellence each day in the classroom, on the court, and in the community as we represent the Lady Techster program and Louisiana Tech family.”

Former Techsters star player Stoehr enters her third year leading the program. Senior guards Anthony and Stahly (who last season was only one three-pointer shy of tying the program’s single-season record for threes) and senior forward Reauna Clever will likely be the nucleus of the 2018-19 team. They’ll lead a talented trio of freshmen in forwards DeAndre’a Alexander and Brianna Harris and guard Keiunna Walker. The program also welcomes former Texas Tech guard Grayson Bright, a transfer with two years of eligibility remaining.

Anthony, Stahly, Cleaver, and Keirra Lang are returning starters. Sophomores Amber Dixon and Raizel Guinto will no doubt be asked to step up, as will Zhanae Whitney and Nikki McDonald, who’ll have to help Cleaver inside as the team figures out how best to replace the talent and tenacity of Malone; even the guards will need to rebound better than they did last year.

Defense should be a strength. A wild card might be the Lady Techsters loyal fan base.

“We’re grateful for the support, encouragement, and energy we continue to get from our great alumni and fans,” Stoehr said. “I hope they’ll join us next fall as we watch this 2018-2019 team grow throughout the year.”