Fifty years after helping Louisiana Tech to the first of four football titles in four seasons as an All-American senior noseguard in 1971, Houston businessman Chris Richardson remains just as active and passionate off the field today as he was on it during his championship seasons as a Bulldog.

Richardson and his wife Anne recently invested $1 million in Tech Athletics for a future showcase project that will further upgrade an athletic program that is seeing more enhancements than ever before in such a short period of time.

In 2017, Richardson, the president and owner of Blazer Building, Inc., based out of Houston, made a $1 million commitment to the suite level for Tech’s new suites and press box facility that opened on the first weekend of the 2017 football season. The Chris Richardson Family Suite Level is an indoor gathering place on game days and is used year-round for media announcements, socials, workshops, and team celebrations.

But that’s hardly the first or second time Richardson has come through for the Bulldogs.

In 1971 as a team captain, Richardson helped lead Tech to a 9-2 record, a Southland Conference championship and a victory over Eastern Michigan in the Pioneer Bowl in the NCAA Division II Midwest Region Championship.

So began what’s come to be called “The Golden Era of Tech Football.” The SLC title in 1971 was the first of four straight; Tech also won national championships in 1972 (National Football Foundation), 1973 (NCAA) and 1974 (UPI).

The late John Causey, who like Richardson is a member of the “Top 50 Players in Joe Aillet Stadium History” team, credited his forever teammate with making a play that “I still believe,” Causey said, “is the most important play that occurred during the Golden Era.”

It was Oct. 16, 1971, and Tech led conference kingpin Arkansas State 28-27 with less than three minutes to play. But ASU—clearly the king of the Southland Conference, undefeated the year before and a program with a pair of recent college division national titles—was inside the Bulldogs’ five-yard-line.

The Bulldogs’ all-star safety, Causey remembers that during a time out, “Chris told the coaches he had a hunch what Arkansas State was going to run and the coaches told him to go with it. He was absolutely right: Richardson tackled ASU’s star running back (Calvin Harrell) behind the line and caused a fumble at the two-yard line that I was lucky enough to recover.

“We won that game,” Causey said, “and we went on to take over as the dominant team in the Southland for the rest of the 1970s. I believe that win set the stage for our national championships.”

And Richardson is still making big plays, doing all he can to give Tech its best possible chance to win titles. Through the years he’s supported many initiatives, including scholarships, the Bradshaw/Brooks Golf Tournament, and construction of the Davison Athletics Complex. A 1972 graduate, Richardson was the recipient of the University’s 2017 Alumnus of the Year award. He is a lifetime member of the Louisiana Tech Alumni Association and serves as a director on the Louisiana Tech University Foundation Board. He and Anne, a Tech alumna, have three grown children and six grandchildren. 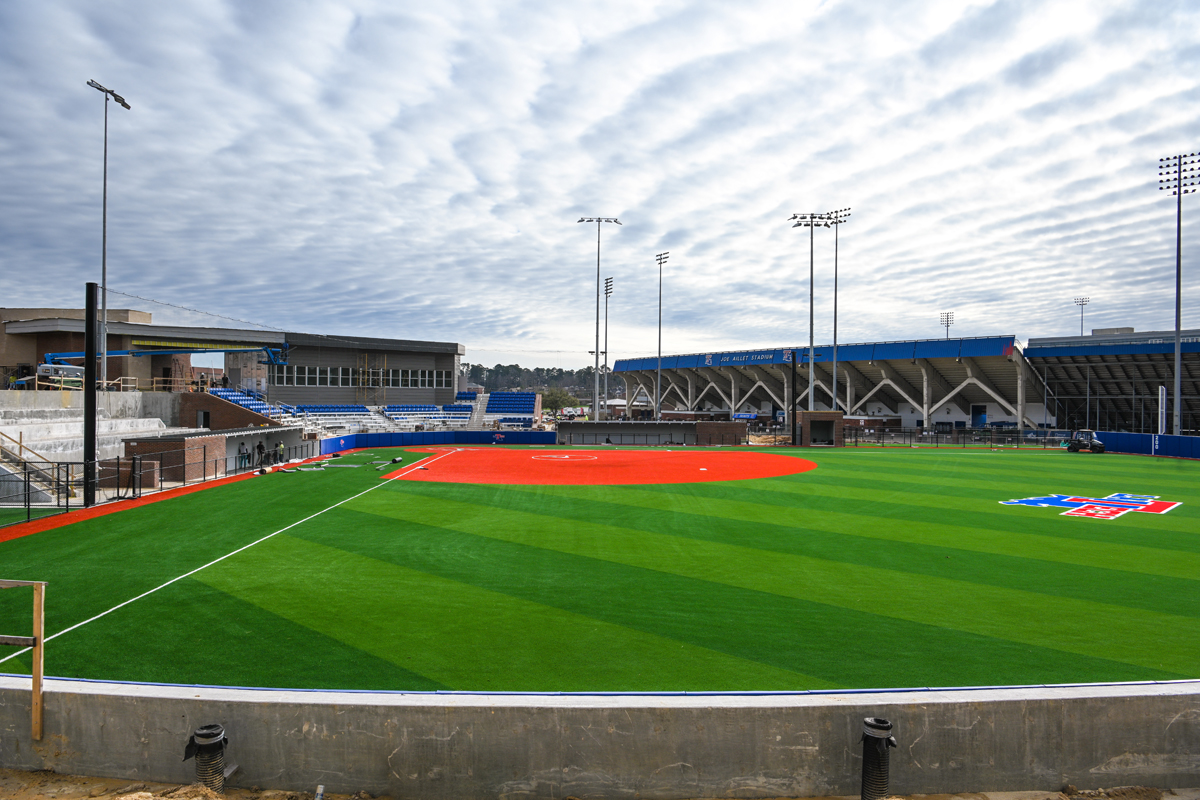